The 1995 movie Johnny Mnemonic, starring Keanu Reeves, tells a story about a data courier named Johnny who has data implanted in his brain through a port in his head that allows computer devices to directly interface with his mind. At the time it was released, it was a fantastical idea. Scientists were nowhere near linking the brain to a computer interface to receive or transmit data to the brain. But the idea is no longer just a sci-fi dream. The recent disclosure of Elon Musk’s $100 million-dollar investment and founding of the company Neuralink set the internet on fire the last few weeks. 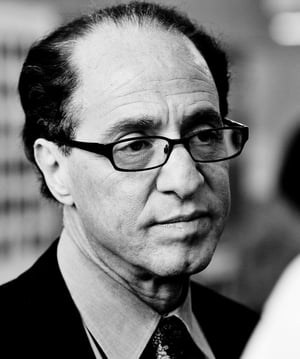 Neuralink has purportedly invented an advanced brain-machine connector that is able to interpret human thought. The implications of the device are far reaching. Although, not the first brain implant, Neuralink’s breakthrough opens the door to controlling all manner of devices with thoughts and it reopens an interesting philosophical question, when is cybernetic augmentation considered an evolutionary step? When is someone considered posthuman?

Ray Kurzweil, the author of The Singularity is Near, predicted that by 2045 the non-biological portion of human intelligence will predominate biological intelligence. The idea is that humans will be engineered to improve cognitive thinking through integrating their brains with super computers. He predicted, an entirely new race of Johnny’s.

Scientists have already demonstrated in insects and rodents the ability to send and receive data through brain implants, and even the remote control of their movements using mind control devices. The military’s DARPA division has made several breakthroughs in creating mind-controlled creatures by implanting devices while they are still in the developmental stage. The unclassified portion of DARPA’s disclosure shows they have successfully controlled the actions of moths, cockroaches and most recently rats. They have even held contests that showcase the precision with which their subject’s minds are controlled through their implants.

The human brain currently collects data from the five senses. Neural implants may very well become a new manufactured “sixth sense.” General use implants could feed data directly into the brain, bypassing the need for audio-visual input. The availability of brain implants that allow the mind to control devices and receive information at any time would fundamentally change how we think about education and would more likely than not, accelerate scientific research. 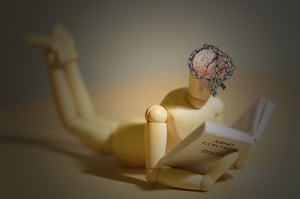 Brain-machine devices also have implications for how we drive, shop and communicate with one another. Quadriplegics are already testing devices to aide mobility and to control robotic arms to help them be more self-reliant. Self-driving cars can be augmented with thought. Pilots will be able to act at the speed of thought, far beyond the limits of their physical and mental connections. And If a device can already send and receive thoughts from one mind, it is not a far leap for those thoughts to then be retransmitted to another mind creating cybernetic telepathy. But the most important breakthrough maybe in how we experience entertainment. Theoretically, a direct mind connection will be indiscernible from other input. Virtual reality entertainment will take on an entirely new level of realism. It will not only seem real, but to the mind, it will BE real.

What is not clear is how implanted devices will affect the emotional make up of humanity. We are already experiencing some negative side effects from the ubiquitous nature of mobile devices. Mobile devices in particular are capturing in ordinate amounts of people’s attention and inhibiting their ability to concentrate and think deeply. Out breaks of new mental disorders such as nomophobia and digiprehenia have reached epidemic levels, and they are the direct result of negative human interaction with technology.

Scientists are only just beginning to contemplate the negative impact of widespread brain implants. If the singularity is indeed near, the question remains will it help humanity enjoy greater joy and lives well spent or will it usher in a new, never before seen mental hell?