Building a Space Station: A brief history and how-to

You look up at the night sky and watch a tiny dot moving across, it can't be a bird, or a plane, way too small and too far away. “Could that be a satellite? Did I just watch a UFO?” You ponder, nope. In all probability, what you just saw was the International Space Station—the grandest and most expensive construction project ever attempted by humanity.

Have you ever wondered what it takes to put a homestead on the final frontier? And more importantly, how could one even begin to build such a masterpiece? A lot of planning, technology, and sheer power goes into creating all the parts of a space station, getting them to space, and then assembling them. Well, read on, cause here’s how it happens.

Space stations are essentially a manned satellite in low-earth orbit. Unlike unmanned satellites though, space stations are extremely large and therefore assembled in space. A space station consists of habitats for the crew, laboratories for zero-gravity experiments, power equipment such as solar panels and/or nuclear power systems, command and control sections, emergency exit systems, and anything else the crew needs to survive in space or carry out their duties. 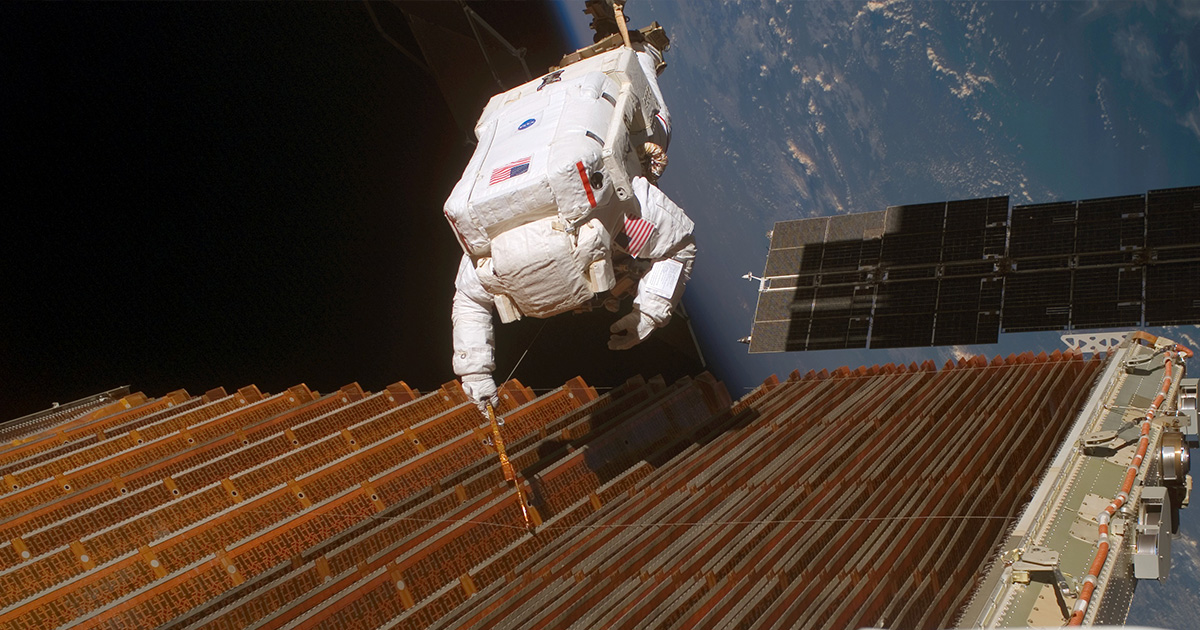 The Soviet Union launched the world's first space station, Salyut-1 on April 19, 1971. Unlike modern space stations, the Salyut-1 was monolithic and launched in one piece, complete with all the food, water, and equipment the crew would need. Since then, 11 space stations have orbited Earth, being used for everything from studying the cosmos, to making new biological discoveries and more. Today, only the International Space Station (ISS), the Chinese Tiangong 1 (now defunct) and Tiangong 2 remain in orbit.

Components of modern space stations are built on Earth, then assembled by astronauts in space. National projects such as Mir, Skylab, and Tiangong were all made by Russia, US, and China respectively. 15 nations joined together to make the ISS, with each country creating specific components.

Russia made the modules Zarya used for storage and Zvezda used for living quarters. The US-made modules included: Destiny (laboratory), Tranquility (environmental control systems, life support and gym), Unity (connecting module) and Harmony (power, electronic data). Japan contributed to the project with their Kibo (laboratory) module. Each part was transported by American Space Shuttles and Russian Proton and Soyuz rockets to low-earth orbit where astronauts assembled them over a period of 13 years starting in 1998.

Space stations are primarily used as laboratories to conduct tests that are impossible to do here on Earth. The zero-gravity environment of space provides compelling testing opportunities that have yielded spectacular results. 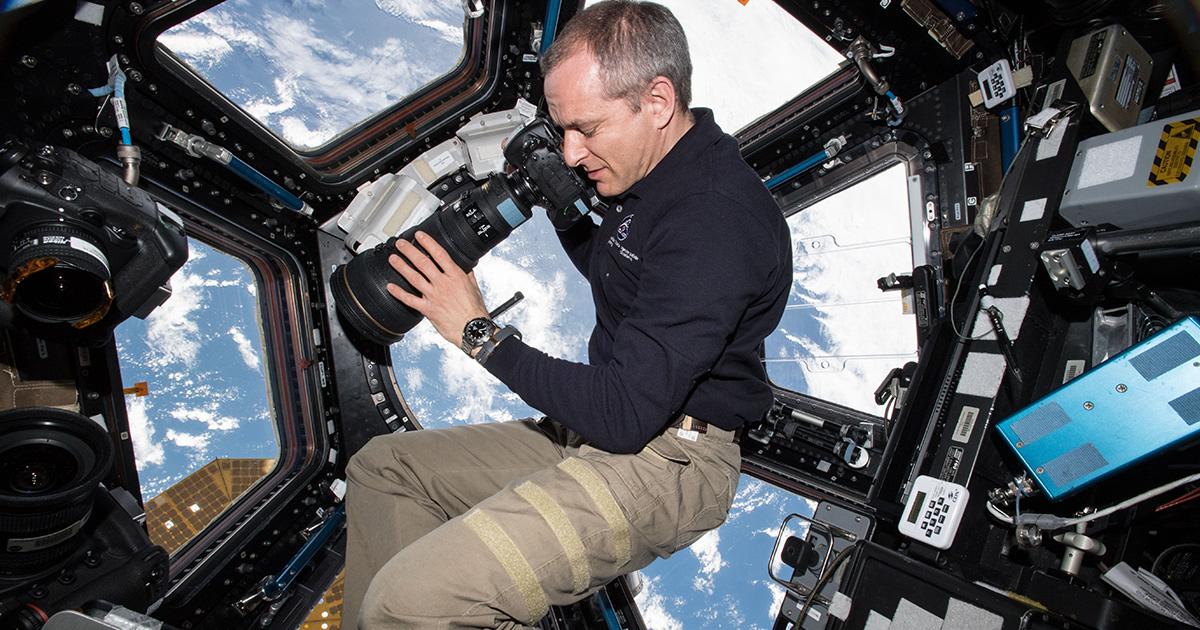 For instance, an eye tracking device experiment gave researchers glimpses into how human frames of references, balance, and overall control of the eyes happens. The technology is now being used in laser corrective surgeries throughout the world. Similarly, neuroArm a robotic arm used to remove an egg-shaped tumor from the brain of Paige Nickason was directly based on the Canadarm, a robotic arm on the ISS.

Ways to Make a Space Station

Obviously a tall order, there is a lot that goes into a space station. But, with 3D printing becoming ever more affordable, could you make space station parts yourself? Making satellites from 3D printers has already been done. For instance, students from the Hindustan Institute of Technology and Sciences created a small 33 gram satellite out of nylon for NASA's Cubes in Space Initiative. The satellite measures velocity, humidity, and pressure, and assess how nylon reacts in a micro-gravity environment.

Making small satellites is one thing, but creating a space station which you will call your home some day is another. For starters, acclimatize yourself with the Deep Space Interoperability Standards. Drafted in secret by the US, Canada, Japan, Russia and EU, the standards were released to the public last year. The documents detail how to build parts that can connect with and talk to one another.

All caught up? Good. The first order of business will be to get hold of a 3D printer. Unfortunately though, your regular off-the-shelf printers will not suffice here. The majority of a space station is made of aluminum, titanium, high-grade steel, and kevlar since they are strong enough to resist punctures and also lightweight. Space has a lot of dangerous debris and there is always a chance of a meteorite collision. The ISS for example has a 10 cm layer of kevlar (same material used in bulletproof vests) around each aluminum module.

You will need a quality commercial 3D metal printer. Commercial printers are far more expensive than their desktop counterparts though and their price tags can read anywhere from $100,000 to over half a million dollars and more. If the cost proves too much to bear, you can consider light-weight plastic components for a portion of your design commissioning a manufacturer like Designatronics to 3D print and ship your parts for you.

Now, designing a home in space is quite different from creating one here on terra firma. Unlike an earthly abode, space stations don’t have to deal with gravity, nor do they have an upside or down. Therefore, they present both exciting new opportunities and challenges. For example, even though your space home will not need to bother with gravity, getting the parts in space requires that they still need to cope under the pressures of gravitational pull. A rocket launch produces 3gs of force, so any part you create should at least be strong enough to withstand that much gravity.

When designing your space station, you will have quite a few options to consider. Science fiction aficionados will remember the large Ferris-wheels in space from the 2001 film, A Space Odyssey, and many other depictions. The design is ideally suited for space as the large wheel turns, it generates centrifugal forces causing everyone standing on the inner side of the wheel to get pushed out, thereby creating a false sense of gravity.

Inflatable space stations are another great (and affordable) option. Modules can be transported to space by rockets in a deflated state where they are inflated by the crew. The idea was first proposed by NASA. Their TransHab module was designed for manned space flights to Mars, but was dropped in 2001. Bigelow Aerospace purchased TransHab and turned it into Genesis 1 and 2. The Bigelow Expandable Activity Module (BEAM) was sent to the ISS as a test in 2016. Early results showed that radiation levels within the module were comparable to the rest of the station.

By far the biggest hurdle to any space station endeavor is getting all those parts into space. Fortunately, the government's monopoly on space flight is fast coming to an end as the private sector is coming up with innovative and cheaper ways to transport goods to space. SpaceX for instance costs $62 million per launch. The United Launch Alliance's Atlas V rocket costs $72 million a launch.

As more competitors join the new space race, these prices will fall. But unless a new breakthrough in propulsion systems is made, the costs will be out of reach for most people. Don't let that discourage you though, Elon Musk tried purchasing old Russian ICBMs to start SpaceX before he got into the rocket building industry. Sky's literally the limit if you can put your imagination and effort to good use!