Manned Mission to Mars: How Close are We?

Charles Bolden, a former space shuttle commander and National Aeronautics and Space Administration (NASA) Administrator from 2009 to 2017, dreamed of being the first person on Mars when he first checked in for astronaut training in 1980. At the time, NASA thought that a crewed Mars mission was thirty years away. Of course, we know now that prediction was overly optimistic. Yet there have been technological advancements and a renewed interest in human exploration of the Red Planet in the past few years. How soon could a Mars mission be possible, and what technology will NASA need to make it a reality? 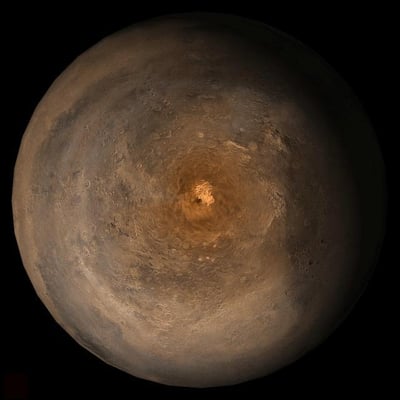 To answer that question, we should understand how humans’ fascination with the planet evolved. The discovery of Mars was the result of naked-eye observation, long before telescopes were conceived. In fact, the earliest mention of the planet is in ancient Egyptian hieroglyphics. The tomb of Pharaoh Seti I, who died around 1279 B.C., had a depiction of Mars. As early as 1045 B.C., Chinese astronomers were recording its planetary movement in the firmament. Likewise, Babylonian astronomers, who associated Mars with the war god, Negral, kept detailed accounts of the planet beginning in 625 B.C. Plato included a mention of Mars in The Republic published around 380 B.C. Galileo Galilei (1564-1642) is believed to have been the first to explore the planet through a telescope, but he could not discern the surface features. It was not until 1659 that Dutch astronomer, Christian Huygens, illustrated the topography of the planet.

The planet’s current name comes from the Roman god of war because of its red, blood-like hue. In fact, all planets in our solar system were named for Greek or Roman gods except Earth. Earth is an old Germanic word meaning “ground.” The ancient Greeks named the planet Ares after their war god. The Chinese called it "the fire star," and the Egyptians, "Her Desher," which means "the red one."

The modern chronology of Mars’ exploration began in the early 1960s with five failed Soviet probes. The U.S. entered the fray in November of 1964 with Mariner 3. Its solar panels did not open, thus preventing the probe from completing its fly-by. The Mariner 4 did have a successful fly-by after an eight-month journey in 1965, passing within 6,100 miles of the planet’s surface. The nearly two dozen photos revealed a cratered surface, a thin atmosphere mostly of carbon dioxide and a small intrinsic magnetic field. Several other U.S. and Soviet missions through the 1960s to the early 1970s resulted in high-resolution images of Mars’ moons, Deimos and Phobos, and the discovery of river and channel-like features on the surface. The U.S. Viking missions came next and were the first to touch down on the planet’s surface successfully. These probes provided 52,000 detailed color panoramic views of the Martian terrain and weather-related data. NASA also used the probes to search for micro-organisms.  Even today scientists still debate the findings from these experiments. Despite many failed missions along the way, on-going exploration continues to provide more information about the planet’s surface, its atmosphere, dramatic historical climate changes, seismic activity and geological composition. 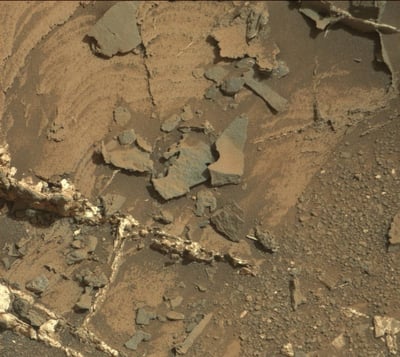 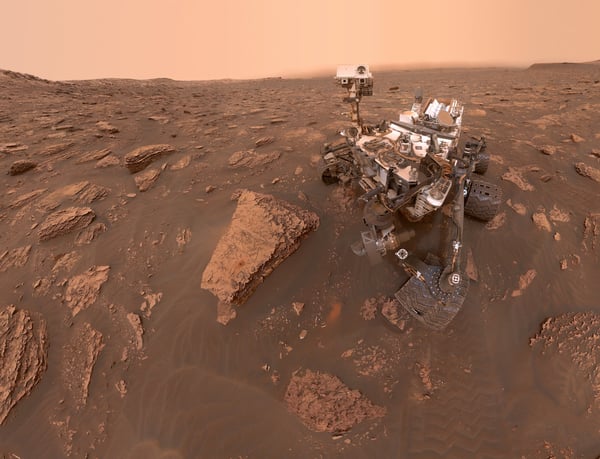 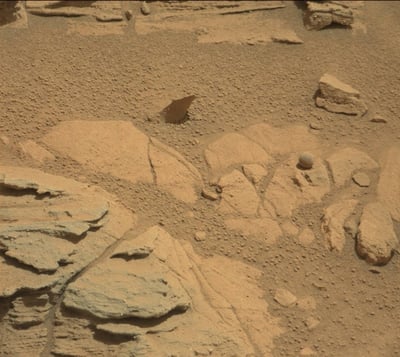 After four dozen or so unmanned missions, two-thirds of them failing, how close are we really landing humans on the Red Planet? In 2010, President Obama called for a manned mission to Mars sometime in the 2030s. While President Trump later signed the funding bill for the mission, he expressed dissatisfaction with the timeline. Instead, he wants the mission to occur before the end of his second term in office (2025), if re-elected. Other serious enthusiasts like Elon Musk of SpaceX have not only embraced the vision of humans on Mars but expanded it to include plans for human colonization.

According to NASA, the main impediment to such a mission is that “getting to Mars is hard.” The spaceship will need to fly through 300 million miles of deep space that includes hazards, like solar flares that can damage electronics and energy particles that could likely pass through a chip in the spacecraft’s computer possibly corrupting data. Moreover, the destination is a very precise spot where even a small trajectory error can result in a major detour or a complete miss. And then, there is the challenge of entry, descent and landing—the massive spacecraft traveling at 12,000 miles per hour must slow down enough in six minutes to have a chance of survival. Nonetheless, NASA believes that a manned launch to Mars is clear, affordable and sustainable, but will require technical and specialty equipment that is only now being invented.

One critical technology is artificial intelligence (AI). AI systems are far more accurate, more consistent, and faster than people, especially considering the increased likelihood of human error during stressful situations. As an example of the value-add of AI, Steven Smith, AI researcher at Carnegie Mellon University, notes that if NASA used AI in the planning of the recent Jupiter fly-by, much of the 300,000 human hours of planning, taking photos, and making other observations could have been redirected to other projects.

The AI application that NASA envisions uses human input for scheduling and problem-solving, while the AI component does the “heavy lifting” as an “amplifier” for decision-making. It is likely that the AI system would be ground-based, rather than embedded in the spacecraft’s software, allowing scientists to send commands and determine problems and fixes more easily. Also, the system needs to be user-friendly for the astronauts.

Improvements in recycling and sustainability technology must address the astronauts’ needs to live in space and recycle material in a closed system. This includes the consumption of recycled urine, and growing food with less sunlight than the inner solar system. While the International Space Station (ISS) has provided a good test case for recycling, the ISS must be resupplied via spacecraft several times each year. Considering the distance to Mars, supply missions would be costly and impractical.

NASA must conduct further testing and development of sensors that detect conditions inside the crew’s cabin, too. With the returning spacecraft passing through high radiation and reaching temperatures of 4,000 degrees Fahrenheit at a re-entry speed of 20,000 miles per hour, fully-functioning sensors are critical.

Exposure to radiation during the trip to and from Mars is concerning. Earth’s atmosphere provides protection from cosmic rays, and even astronauts in low Earth orbit have some protection from the magnetic field surrounding our planet. Astronauts on interplanetary travel, on the other hand, are fully exposed. Ideas NASA are considering include lead shielding and water jackets around crew compartments, but the cost of these options requires more fuel because of the additional weight.

Apollo astronauts reported periodic flashes of light in their vision due to the interaction of cosmic rays with their eyeball fluid. Given that a journey to Mars would be an astronaut’s final space travel because the exposure to radiation exceeds maximum lifetime limit, some experts recommend sending astronauts in their 40s or 50s who already have children. This age demographic would likely succumb to natural causes before experiencing the effects of radiation exposure.

A Mars mission could last three years. While nuclear fusion may reduce travel time, the technology is at least 20 years from optimization. NASA also needs to address the psychological and physiological demands of such a long mission. Political uncertainty is another factor. With the cost of a Mars mission estimated at $20 billion, will planning for a mission survive across different Congressional and Presidential elections?

There are daunting challenges to overcome for humankind's first interplanetary travel. Clearly, scientists are making remarkable strides developing and refining the technologies required for a manned Mars trip. Yet, much more work is necessary, making a 2030s target date more realistic than 2025.