The age-old debate of whether leaders are born or made through experience was mostly solved on March 16, 1802 when the United States Military Academy at West Point was founded. The academy’s goal was to develop leaders of character for a lifetime of serving the nation, and by all measures the academy was a success.

West Point’s leadership model served as a template for Naval, Airforce, and Coast Guard academies, as well as many other institutions around the world. One major lesson stemming from the academy experiment is that, although some individuals may intrinsically possess leadership qualities, leadership is a complex skill that can be honed through study, practice, and experience. Learn about which skillsets pave the way to a leadership position in Staying Relevant for a Long-Term Career.

Each model has positive and negative traits depending on the leader’s skill sets and mode of application. Other models do exist, but most fall into a subset of the six primary models.

A talented and experienced leader can make this model perform well, and many examples prove it works in both business and military settings. One of its most prominent strengths is speed. An individual can make decisions much faster than a group, and if good decisions are made, the speed of execution becomes a powerful strength.

The model begins to breakdown when the leader is unavailable to make decisions, or when he or she transitions out of the position only to be replaced by a less knowledgeable or experienced leader. Teams lead by dictatorial leaders tend to have high turn-over rates due to dissatisfaction, and they tend to perform poorly because members are rarely challenged and not learning. Organizations that were successful under a dictatorial leader often fail after his departure.

Democratic leadership is characterized by a leader who is trying to build consensus before making decisions. While this model sounds good, it is weaker than other models because decisions tend to be delayed ad nauseam, and the leader often bases decisions on what is popular rather than what is in the organization’s best interests.

Incompetence seems to be a hallmark of democratic leaders, and very few organizations stand the test of time under democratic leadership styles. Also, there is very little incentive to grow and nurture subordinate leaders because decisions are done by popular vote. It is a failing model.

In a Laissez Faire leadership model, the leader gives as little guidance as possible with the idea that members will grow by figuring out problems on their own. It can work, but often results in many mistakes and disjointed strategies across teams. Inexperienced leaders have difficulty developing without proper guidance and oversight. Optimizing a team’s performance through a Laissez Faire style is very difficult, if not impossible. Chaos seems to be the rule rather than the exception. It is another failing model.

This leadership framework fosters a system that lacks accountability and responsibility. Very few corporations are able to survive long-term under a bureaucratic model. Even government organizations are constantly plagued with inefficiency and poor results.

Reactional leadership is perhaps the weakest model. Leaders are characterized by their inability to plan and execute strategy, seeming to stumble from crisis to crisis. Failing to anticipate and prepare for near-term challenges, they depend on their ability to react to challenges and emergencies as they arrive.

One of the most destructive aspects of reactional leaders occurs after they successfully navigate a difficult issue. They habitually begin “firefighting” issues rather than preventing fires with strategies and tactics. Organizations with reactional leadership rarely achieve and maintain any measure of success.

The final model, servant leadership, is the most successful. It is the model most employed by the US Military and many corporations. Servant leaders see their role as facilitators and mentors. Their primary job is to ensure the success of their team members, focusing on growing and guiding teams that can perform without close oversight.

Servant leaders provide subordinates with adequate resources while removing obstacles from their path. They teach, coach and mentor individuals to perform as junior leaders, resulting in high performing teams and environments centered on excellence and innovation. It is a winning model with very few downsides.

Individual leaders will often practice aspects from all six models in different situations at different times in their careers. The introspective ones can self-evaluate their leadership styles by paying attention to how each of their decisions fits into the leadership models. Awareness and reflection are critical for improving decision-making skills and overall effectiveness.

Nurturing leadership skills is an ongoing and rewarding challenge. Discover the #1 practice shared among top-performing CEOs and influencers. Download our ebook on how to practice mindfulness. 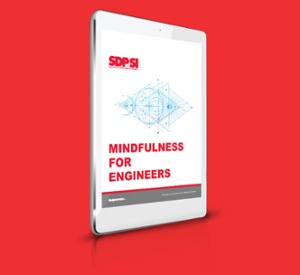